Blue Mosque, Hippodrome, Grand Bazaar, Topkapi Palace, Little Hagia Sophia Mosque are the most popular historical places. You will visit these historic sites on the guided tour and information about their history. Entrance fee and Lunch Included.

Free cancellation up to 24 hours before the activity starts

Free Services in this Activity

Visit Haghia Sophia :
Hagia Sophia, Turkish Ayasofya, also called Church of the Holy Wisdom or Church of the Divine Wisdom, cathedral built at Constantinople (now Istanbul, Turkey) in the 6th century CE (532–537) under the direction of the Byzantine emperor Justinian I. By general consensus, it is the most important Byzantine structure and one of the world’s great monuments.

Visit the Blue Mosque :
The Mosque is known as the Blue Mosque because of blue tiles surrounding the walls of interior design. Mosque was built between 1609 and 1616 years, during the rule of Ahmed I. Just like many other mosques, it also comprises a tomb of the founder, a madrasa and a hospice. Besides still used as a mosque, the Sultan Ahmed Mosque has also become a popular attraction in Istanbul.

Visit Hippodrome and Obelisks :
The Hippodrome (At Meydani) was an of course a horse-racing track, what's in the name. But during the Byzantine Empire, the hippodrome was not only used for chariot races. Court ceremonies, coronations, and parades also took place at the hippodrome, making it the sporting and social center of Byzantine life for over 1000 years. The reason why some refer to it as the Hippodrome of Constantinople.

Grand Bazaar (Covered Bazaar) :
As the Ottoman Empire grew larger, the Grand Bazaar also kept up with the development of the capital. The Bazaar that initially was comprised of two Bedestens now occupies an area of about 47 thousand square meters. Today there are around 400 shops in the Grand Bazaar. You will have a shopping opportunity carpets, rugs, ceramics, and hookah, etc.

Lunch Break :
You will taste Turkish cuisine in a nice restaurant.

Visit Topkapi Palace :
The Topkapi Palace is located in Turkey Istanbul, which was the official and primary residence in the city of the Ottoman Sultans for 400 years of their 600-year reign, from 1456 to 1856. Today containing the holiest relics of the Muslim world such as the prophet Muhammed's cloak and sword. Topkapi Palace is among those monuments belonging to the "Historic Areas of Istanbul" which became a UNESCO World Heritage Site in 1985. It is the best example of ensembles of palaces of the Ottoman period.

Visit Little Hagia Sophia Mosque :
Little Hagia Sophia (Küçuk Ayasofya Camii), formerly the Church of the Saints Sergius and Bacchus, is a former Eastern Orthodox church dedicated to Saints Sergius and Bacchus in Constantinople, later converted into a mosque during the Ottoman Empire. Today the environment is a worth seeing natural culture center of the lost Ottoman Arts.

For a full refund, cancel at least 24 hours in advance of the start date of the experience. Learn more about cancellations.

Questions & Answers About This Tour

What is the Byzantine and Ottoman Traces in Istanbul?

What is the Top Attractions in Istanbul? 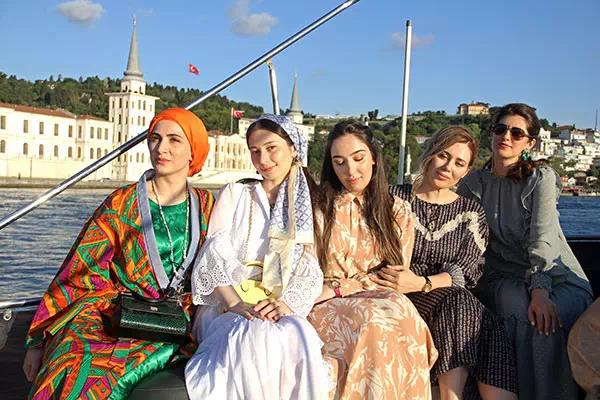